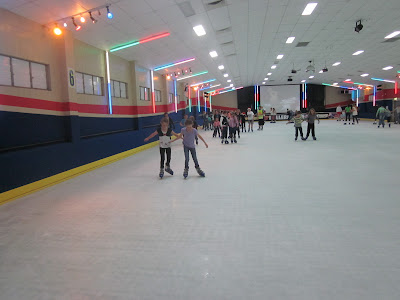 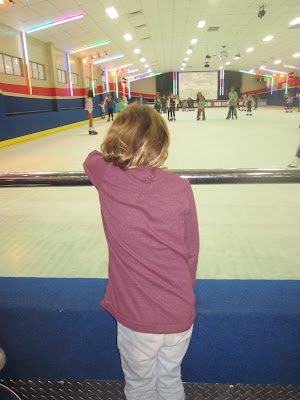 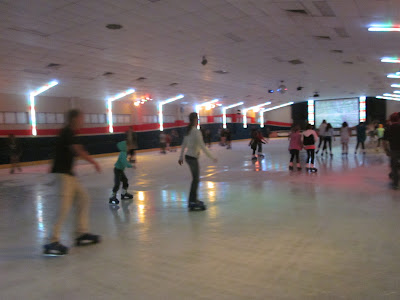 Maybe it's my English blood, but Christmas doesn't really feel like Christmas until I have experienced a chill factor. So yesterday we took the kids and a bunch of friends to the ice skating rink. Last year we had such a good time and I wanted to relive those memories.

Well, at first it all felt like it was going horribly wrong. There were tears and falls, mashed fingers and some misunderstandings. I was beginning to feel like it was terrible idea. And then suddenly, everyone cheered up and started having fun. And then I started having a great time too.

I skated with my man, my girls, and everyone else's kids too. And as we skated, we talked and laughed and fell over and laughed some more. And then we won some prizes, skated some more, ate hot chips and drank green slushies and had photos taken with Santa. We disco danced and played silly games and won some more prizes. And at the end, two of us had band aids, one had a bruised knee, two had blisters and one had a sore behind. But all of us had smiles.