magician in the house

We've had a friend staying with us the last week. He's a magic man and very talented. As you can imagine, the girls have been entranced..
There's been lots of cards and rubber bands around here. And objects have been disappearing and reappearing in weird and wonderful ways. Solid things like glasses and salt grinders have been passing through my dining table. Coins mysteriously appear from behind ears.
He's taught the girls some small secrets of the trade which they have been assiduously practising on friends and family. There's a rubber band trick they are both very good at now. And they are developing some patter to go with it..
Each and every night the girls have begged him for a trick. And he's been very obliging and indulgent.
On his last night, he did a special show. 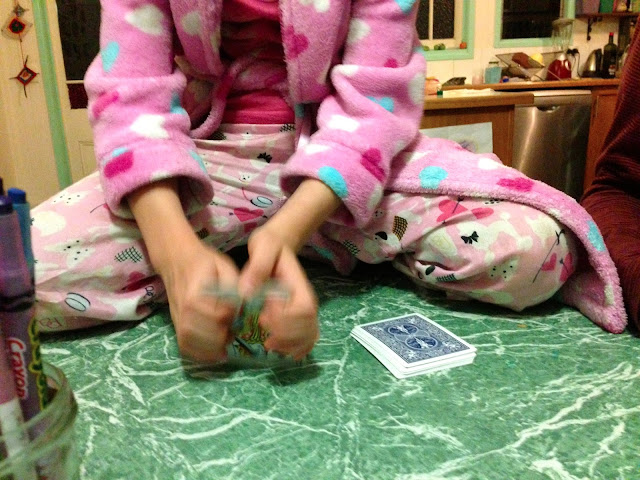 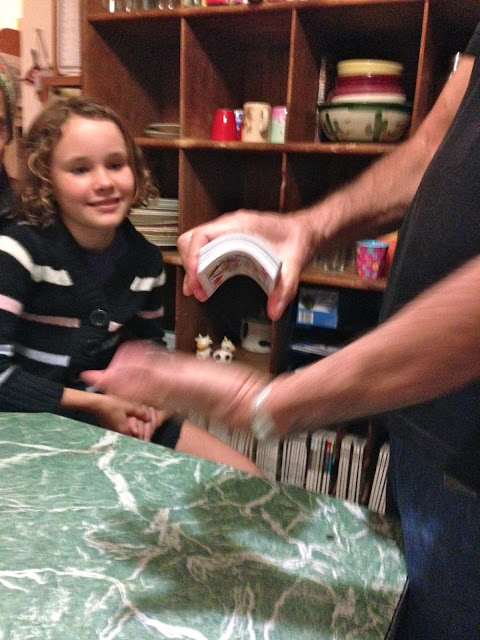 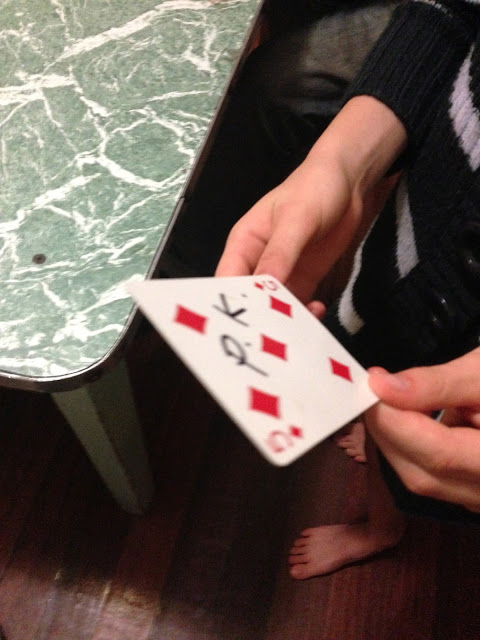 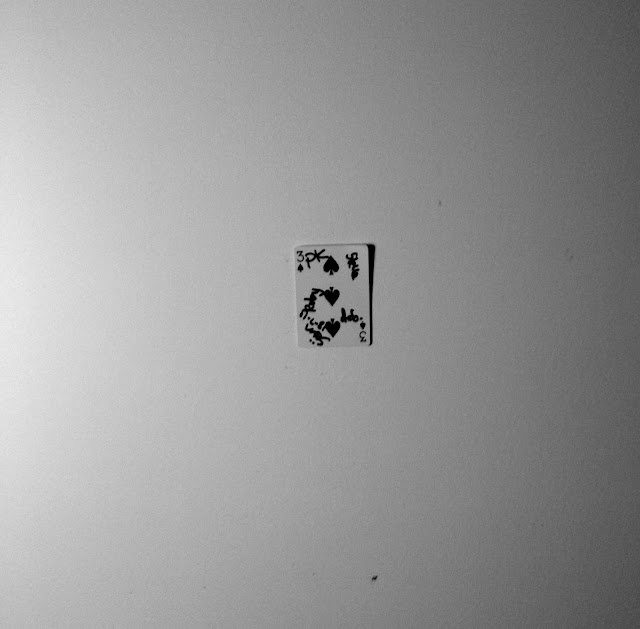 My pictures are not great. He is too fast and too slick to be captured well on camera. This last trick involved us all writing our names on a card which was buried deep in the pack. The pack was secured with a rubber band and thrown up high; our special card found it's way out of the pack and subsequently stuck to the ceiling.
It's still stuck there, 3 days later. In fact, in some restaurants I've been to, where Sean has performed this trick, I spy cards on the ceiling from twenty years ago.
Pure magic..
This clever man performs at Gaston restaurant on Friday and Saturday nights. If you're in town, and especially if you have kids, you should go check him out. It's definitely worth it.

New comments are not allowed.